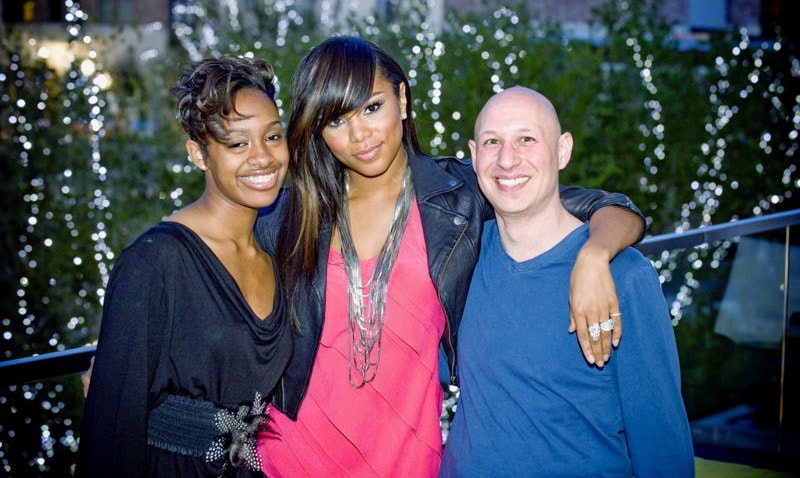 Filming an orchestra rehearsal in Poland
Give me a shout to discuss your next project, big or small. I can be contacted at:
davidpop@rogers.com

﻿MAGICAL IMPERFECTION:
The Life and Architecture of Raymond Moriyama 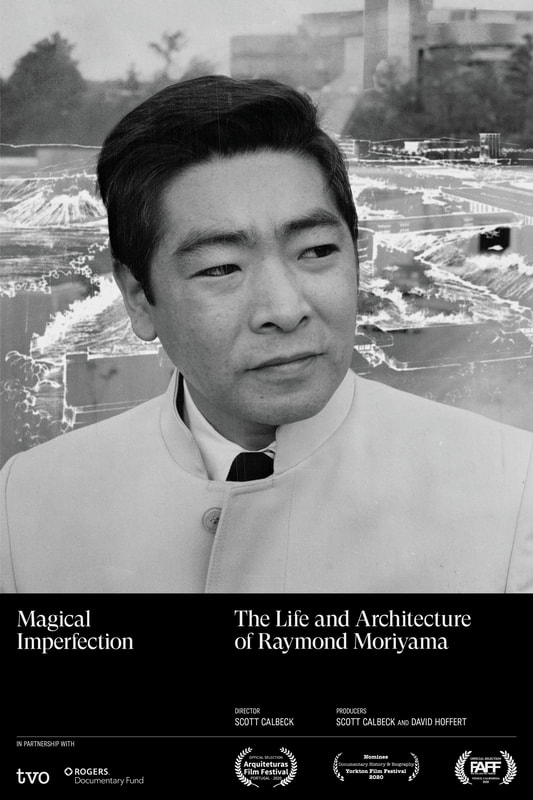 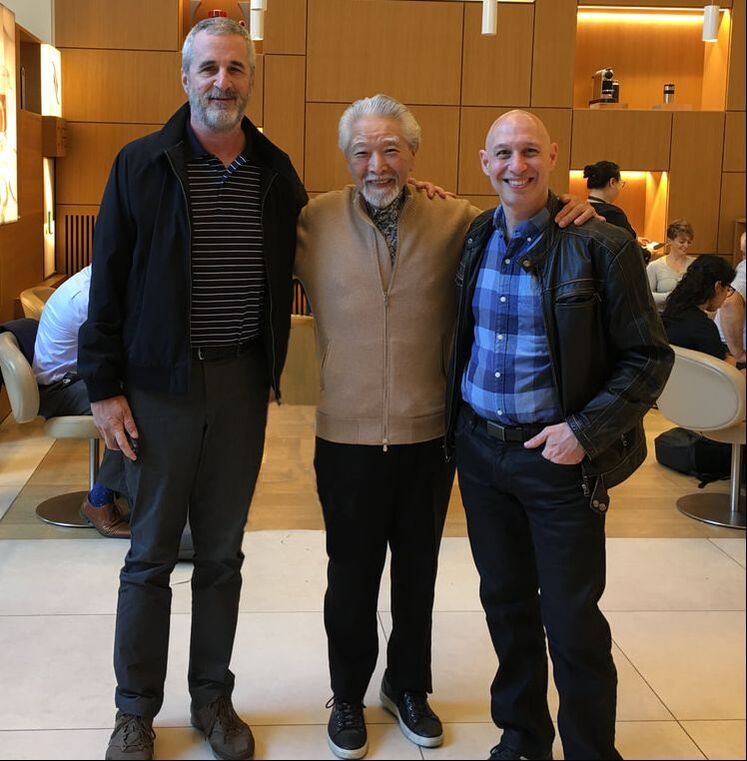 ﻿RHAPSODY: The Liberation of Leo Spellman﻿

I am the producer and director of a feature length documentary about Leo Spellman, a 99 year old Holocaust survivor and composer born into a musical dynasty in Poland.  Like his first cousin Wladyslaw Szpilman (portrayed by Oscar winner Adrian Brody in Roman Polanski's The Pianist), Leo's story is dramatic and riveting.

His long lost orchestral masterpiece Rhapsody 1939-1945 and his secret wartime diaries, written while hiding from the Nazis, provide the framework for this story of courage, survival, and the power of music.  The film features compelling interviews, stirring orchestral performances, footage shot in Poland and Canada, and innovative animation, all weaving an emotional narrative of Spellman’s victory over adversity and his eventual recognition as an important twentieth century artist.

Here is a LINK TO A TRAILER of this work in progress (now in post-production).

Where 2 Next is a travel adventure web-series that I co-created, produced and directed.  It follows two complete strangers from different countries on a seven day action-packed trip of a lifetime. The two are winners of a worldwide contest, traveling to a series of mystery destinations across Canada, with no idea where they are going next.  Tons of non-stop fun and adrenaline shooting in Toronto, Niagara Falls, Algonquin Park, Ottawa, Montreal and Quebec City.
Watch the full series HERE

I directed six episodes of this series, featuring a wide range of dramatic recreations from the Lindbergh kidnapping to Jimmy Hoffa's disappearance to Area 51 and alien abductions. 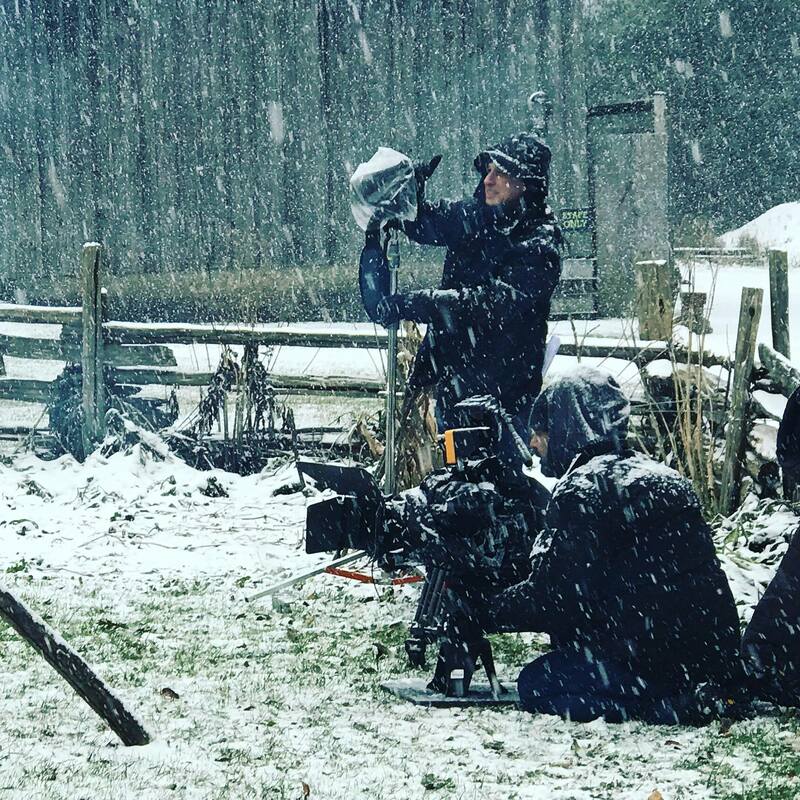 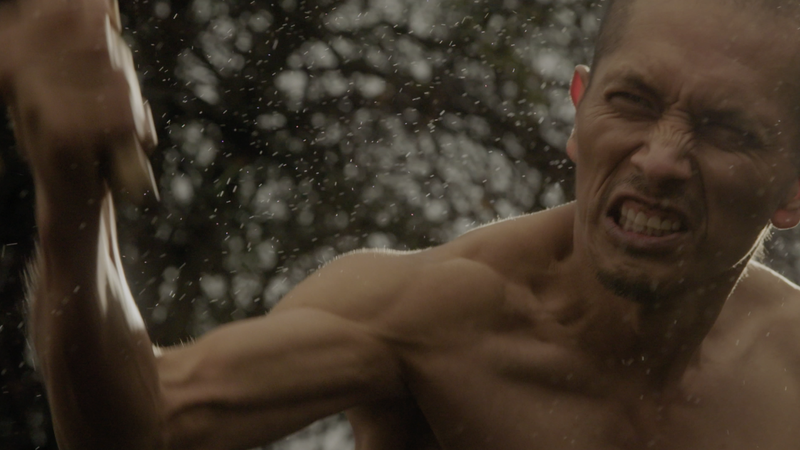 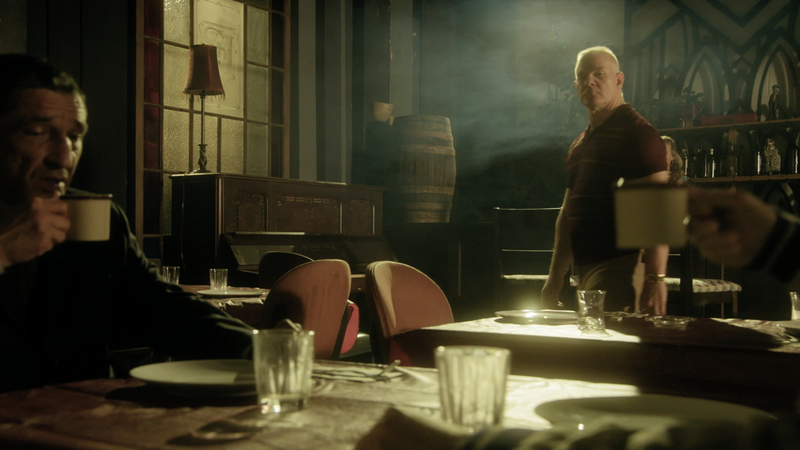 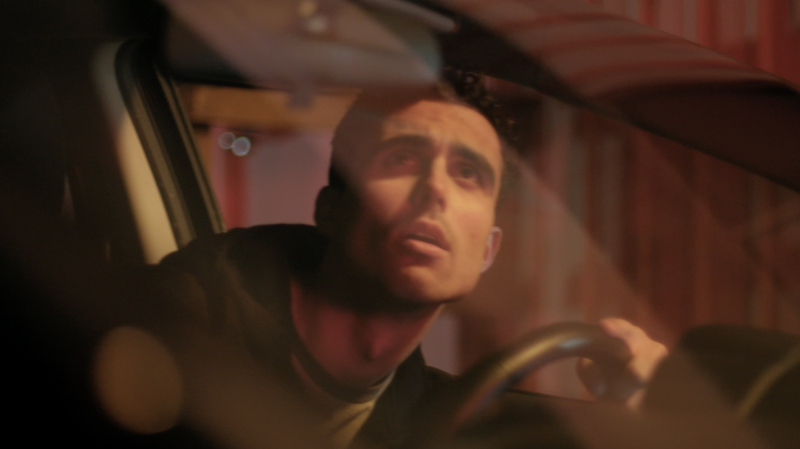 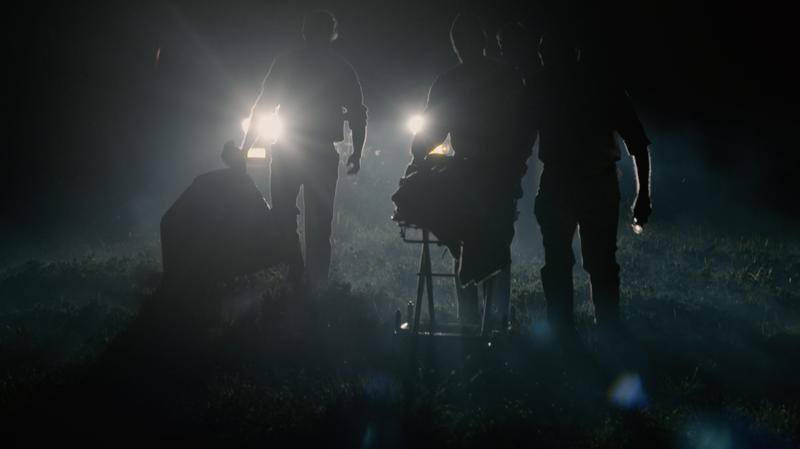 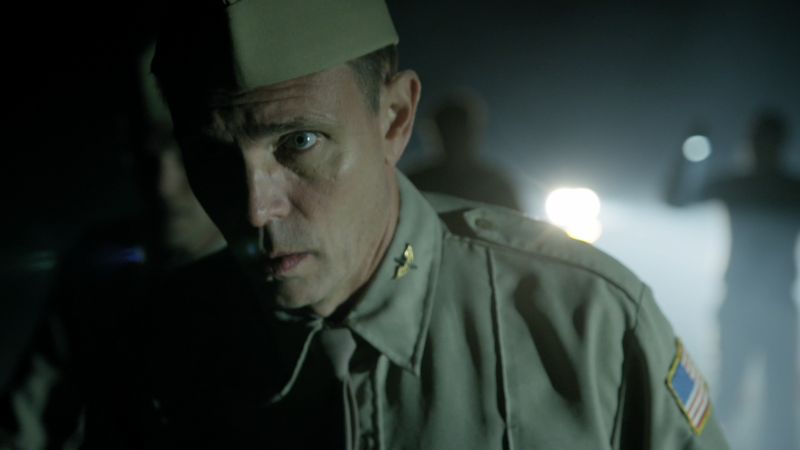 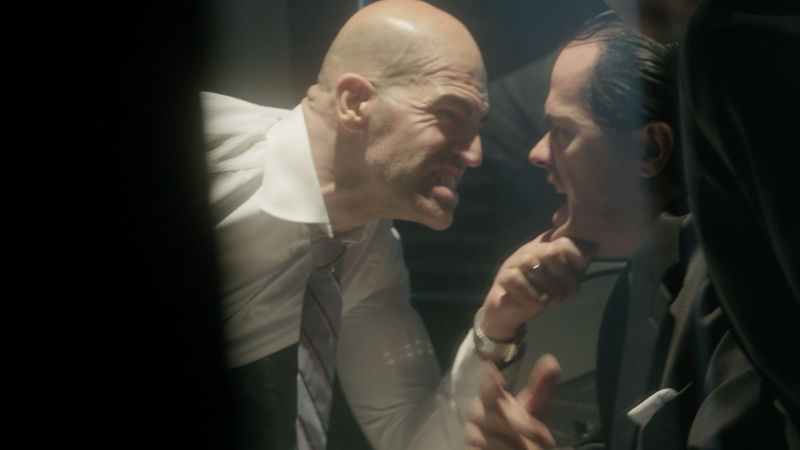 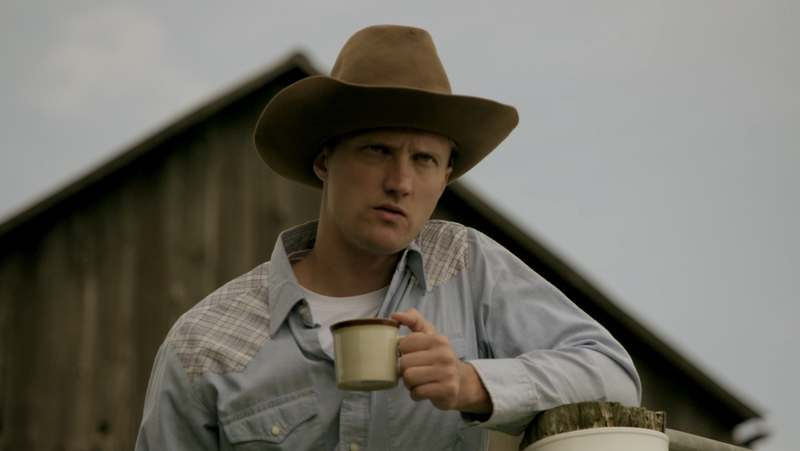 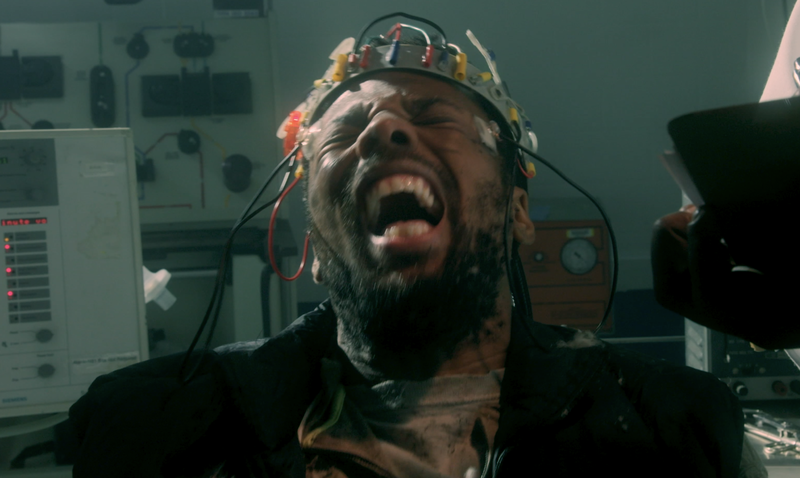 I produced and directed four episodes of this wonderful series, following the lives of transgender women and men in Vancouver. Great stories, great people, and a timely subject.

OCD: The War Inside

I am very proud of my hard-hitting feature length NFB documentary about Obsessive Compulsive Disorder.  The film has won six international awards, been broadcast on PBS and the Documentary Channel, and shown in film festivals around the world.  I still receive emails from viewers who say it helped change their lives.
The full documentary can be streamed on YouTube HERE.  There are currently more than 500,000 views.
With Mark Pancer and the NFB's Silva Basmajian, accepting the Freddie Award for OCD: The War Inside

I have been nominated for three Gemini Awards (now renamed Canadian Screen Awards), including Best Director of a Reality Series and Best Editor of a Comedy Series.  Episodes of series that I have directed or edited have won or been nominated almost 20 times. 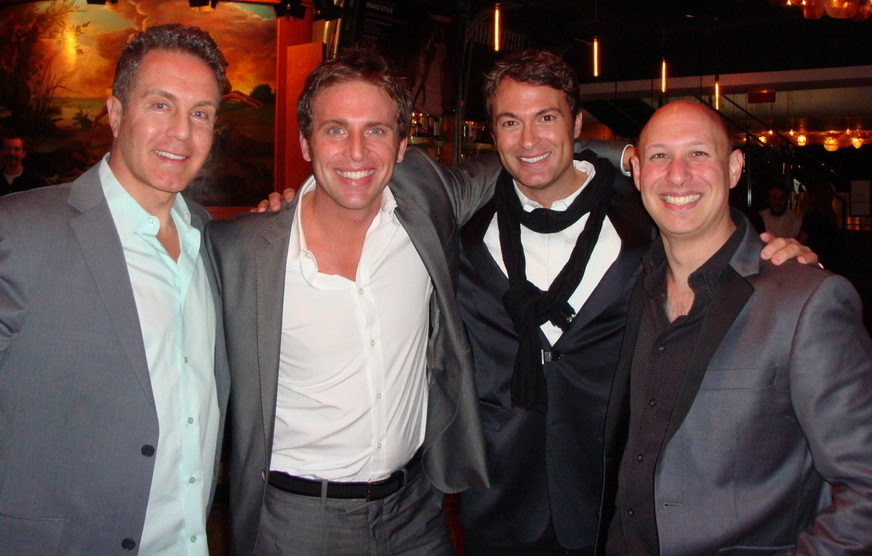 Korby Banner, Bruce Turner, David Clemmer and I at the Gemini Awards,
when I was nominated for Best Director of a Reality Show

I thoroughly enjoyed producing and directing (and shooting) a Lighthouse music video for their cover of Leonard Cohen's Tower of Song.  Cohen himself makes an appearance, filmed not too long before he passed away.  And it was a treat to work with legendary producer Bob Ezrin (Pink Floyd's The Wall, Alice Cooper, Lou Reed, Kiss, Peter Gabriel, and many more).

You can WATCH THE MUSIC VIDEO by clicking here. 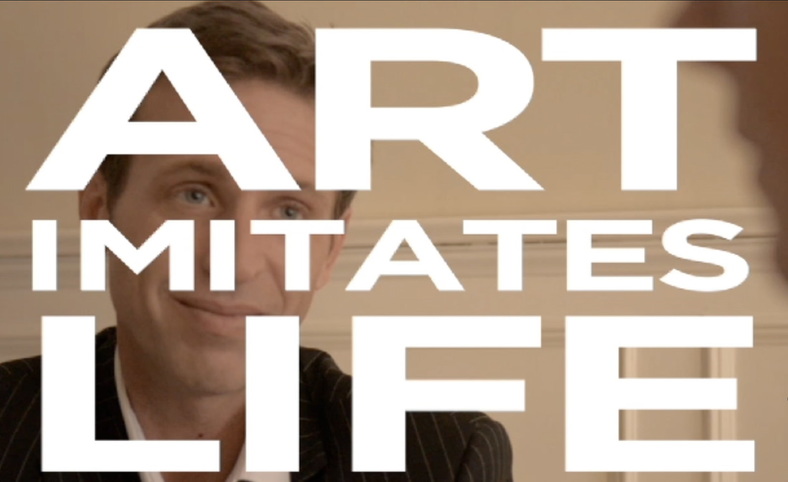 Art Imitates Life is a half comedy series I have created and written.  Artie Simek is one of the city’s fastest rising personal life coaches. His winning combination of good looks, an empathetic ear, and sound advice has made him a hit with his mostly female clientele. What none of his clients know is that Art is actually a forty year old pot smoking, heavy drinking underachiever that still lives in his mother’s basement.  He has learnt how to help others.  But can he help himself?

This project is currently in development.  Click HERE for TEASER

MY HOUSE, YOUR MONEY

The kids are finally moving out...but their parents are putting up the money and want their say. Hilarity, drama, tension and love ensue. I directed 33 episodes of this popular property reality show over two seasons, all across Ontario. As you can see by these crew and family photos, we managed to have some fun amidst all of the hard work. 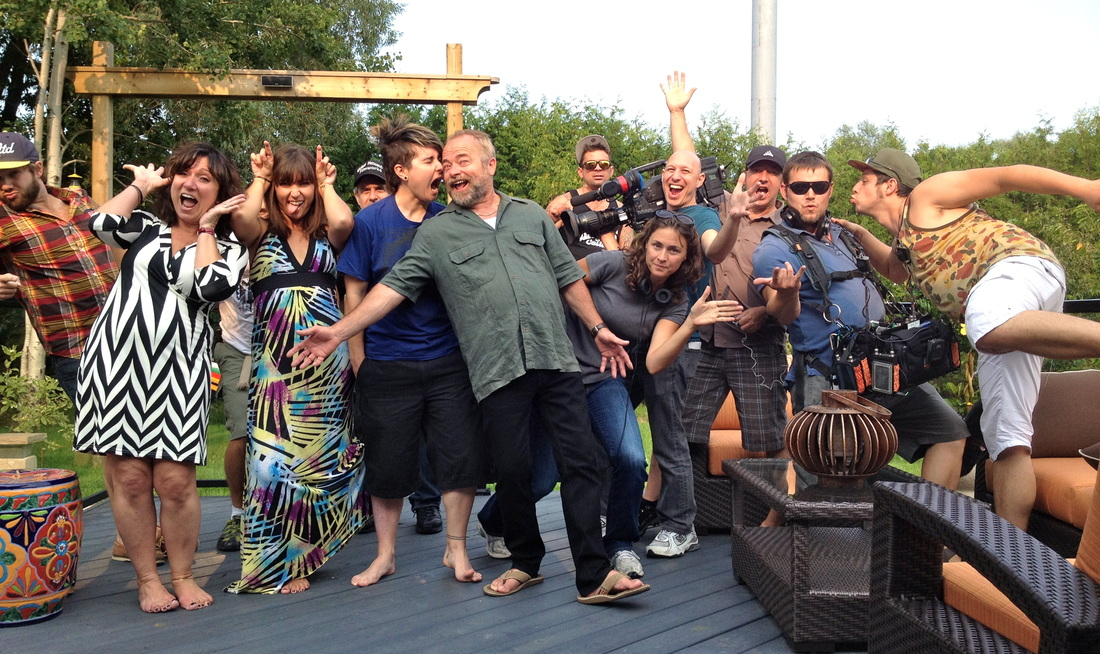 One of my favourite shows I have ever directed is Canada Sings!, a singing and dancing reality show on Global TV. Our hard work payed off and in 2013 it was nominated for Best Music, Variety or Sketch Comedy Series at the Canadian Screen Awards. 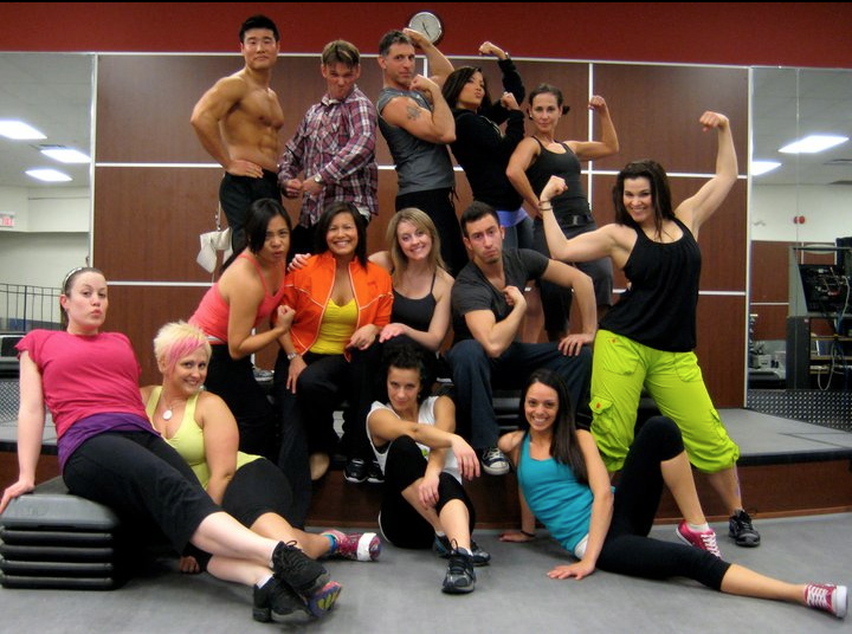 The Good Life 'Power Chords' ready to sing and dance! 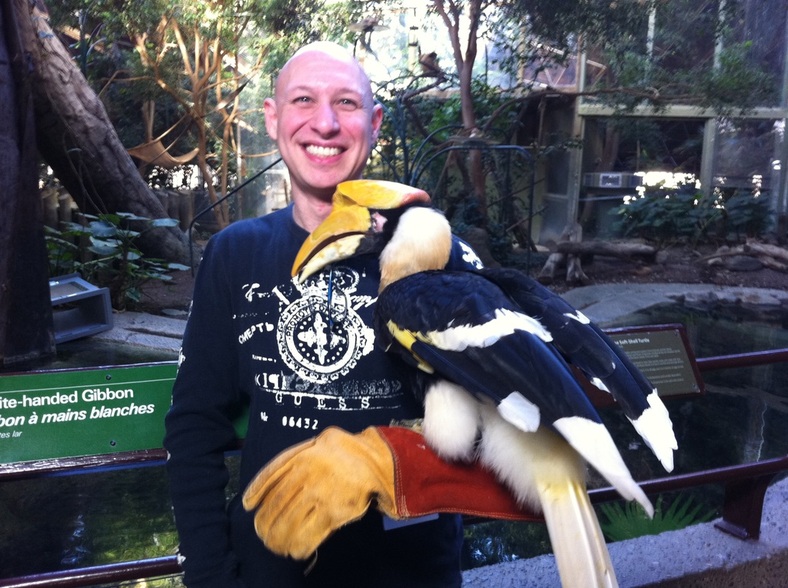 Filming at The Toronto Zoo

I didn't expect to put my video of my son Jorel's Bar Mitzvah invitation on my Director's page...but it turned into a viral video smash! OVER 1,000,000 HITS, with major coverage in The Wall Street Journal, NBC's Today Show, The Huffington Post, the Washington Post, Canada AM, Global's 'Morning' Show, CBC News, CityNews, CP24, The Toronto Star, and much, much more.
You can watch the video on YouTube HERE 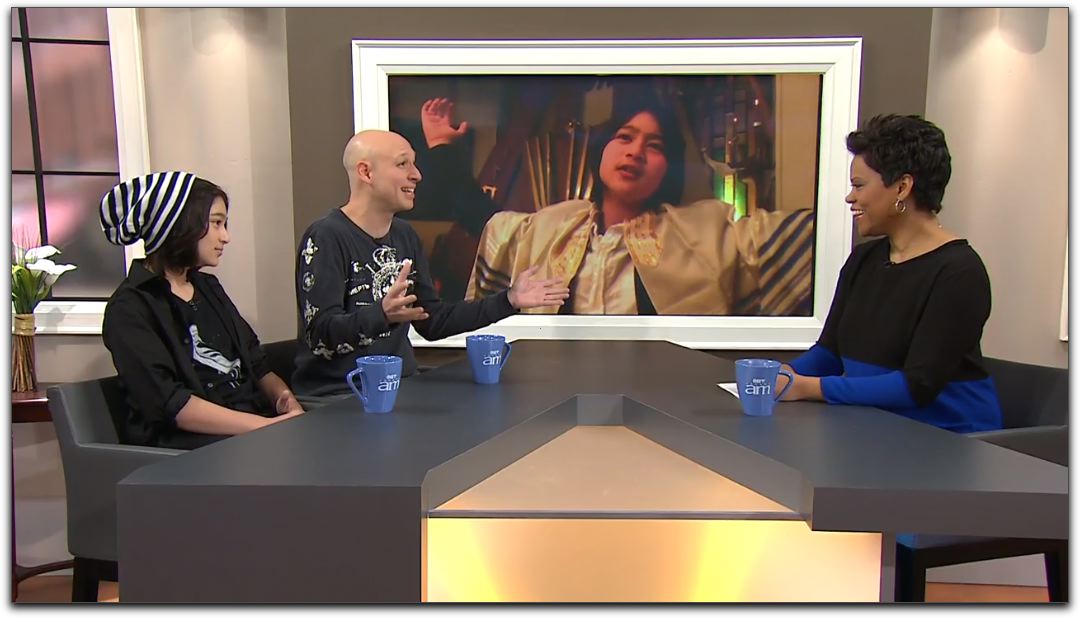 Jorel and I on Canada AM, amid the viral video frenzy.

I am producing and directing a feature length documentary about the groundbreaking thirteen-piece rock orchestra Lighthouse.  Nine gold and platinum albums. Eleven Top 100 hits, including the international smashes One Fine Morning, Sunny Days and Pretty Lady. Junos for Group of the Year 1972, 1973 and 1974. The first rock band to perform live with a symphony orchestra. The first rock band to perform with a ballet company. Academy Awards, big money, grueling tours, Jimi, Janis, Miles, Santana, drugs, mafia, peace, love, tragedy and redemption. This is a hell of a story. ​
Here is a link to the SIZZLE REEL 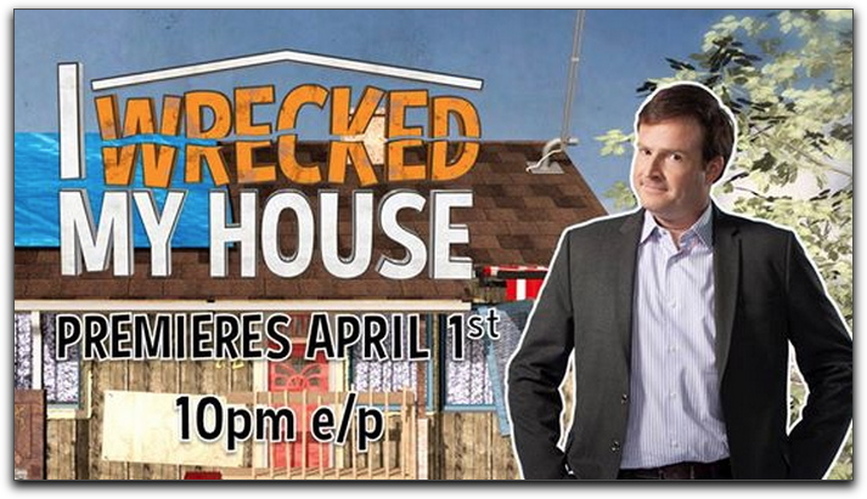 On this HGTV one hour special we traveled across the country, from Vancouver Island to Nova Scotia, to find Canada's unhandiest homeowners.  The winner (loser?) got a $50,000 renovation.  Very funny and entertaining, with the comic edge of host Steve Patterson (CBC Radio's The Debaters).  Patterson received a Canadian Screen Award nomination for Best Host for this show.﻿  CLICK THE PHOTO ABOVE to see a video promo for the special.

Working on this show was a real adventure - filming gold miners in the wilderness of the Yukon.  Now I know why gold is worth so much money - it's a lot of hard work for just a few grains.  But when the going is good - you get gold fever! Check out some behind the scenes pics below. 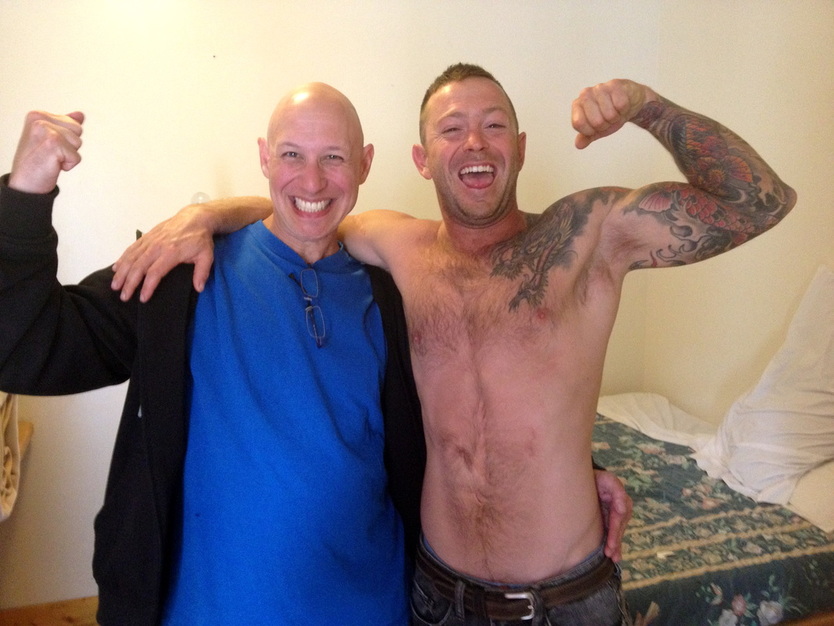 Outrageous parties thrown by larger than life women for their kids.  As Oscar Wilde said, "Nothing succeeds like excess." 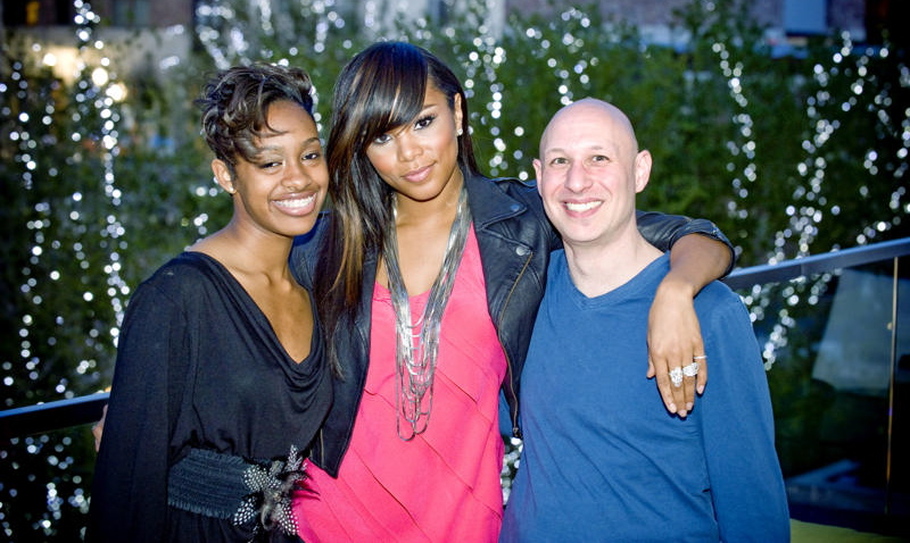 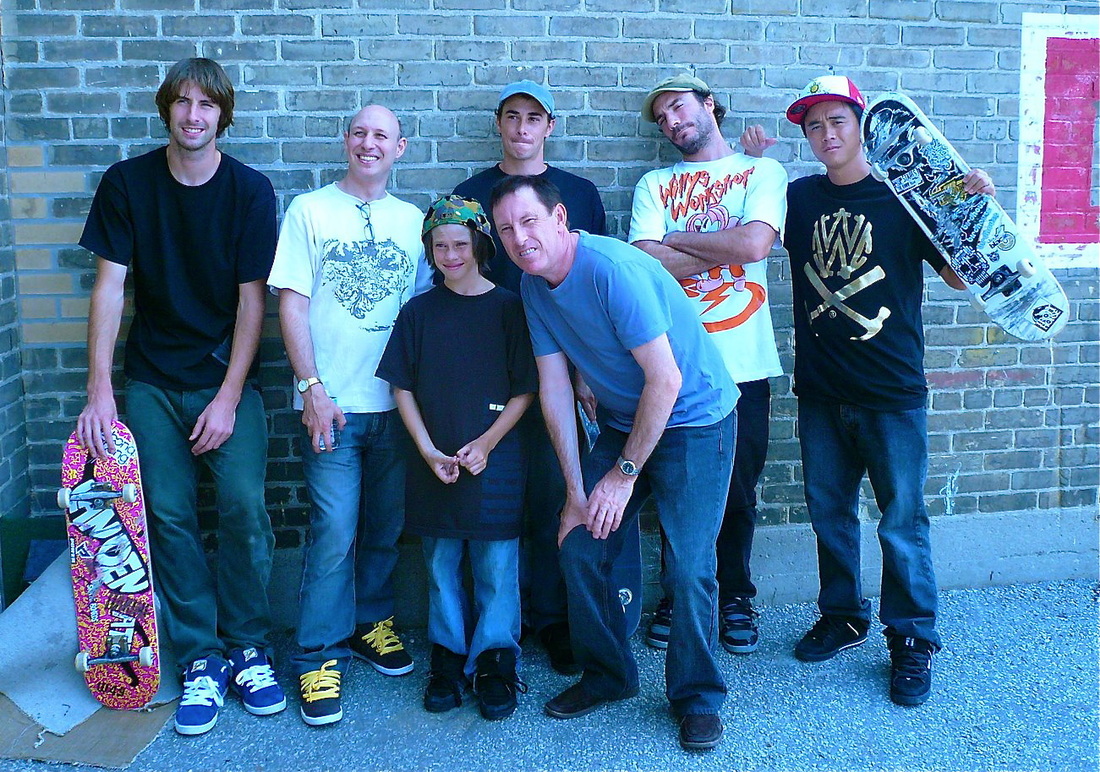 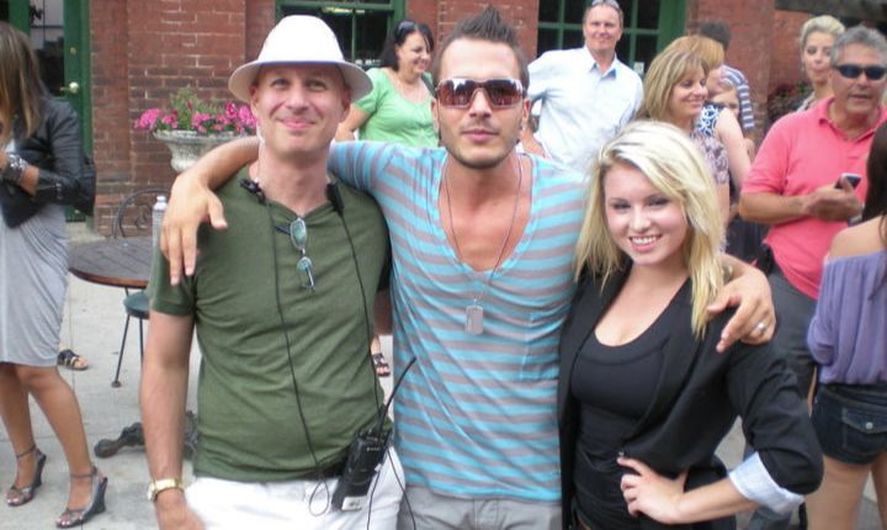 On the set with Shawn Desman, directing a flash mob dance to his hit song Night Like This, in the Distillery District. The shoot was great fun, with about forty dancers and more than a hundred people watching on the street.
Shooting a Bollywood extravaganza...elephant and all!

I directed 46 episodes of this makeover series. Funny, touching, crazy, emotional, inspirational, life-changing. And that was just behind the scenes! 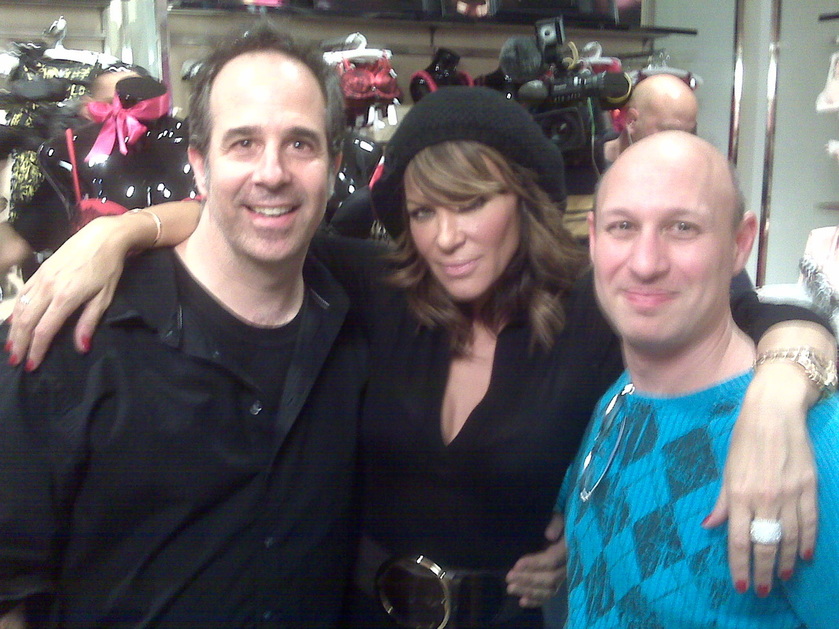 I directed 13 episodes of this design series, featuring the lovely and talented Samantha Pynn. In between takes we would sing and play piano...lots of fun!